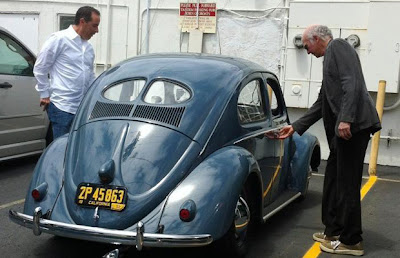 Steve McQueen, Paul Newman, Adam Carolla, Jay Leno, Jerry Seinfeld. These are just a few of the names of big time Hollywood car guys. Rumors are swirling that Jerry Seinfeld is working on a new show revolving around cars and some of his comedic friends. Details are scarce, but this photo of Seinfeld and Larry David with one of Jerry's cars, a vintage split window Volkswagen Beetle have started flying around the net.
Adam Carolla Beetle Jay Leno Jerry Seinfeld Larry David Paul Newman Porsche Steve McQueen TV Volkswagen VW

Of Rain and Kings. The 2017 Amelia Island Concours.