December 31, 2019
As we approach the end of 2019 and start fresh with 2020, Volkswagen has given us a short film paying tribute to the iconic Beetle. The car that launched the company in the United States in 1949. After 70 years and over 21 million cars, Volkswagen announced last year that 2019 would be the end of the road for the cute little car. In July, VW Mexico produced the final Beetle, a Stonewash Blue Metallic sedan. 16 years after the final aircooled Beetle left the same assembly line.

To mark 2020, Volkswagen has released an animated short film entiltled "The Last Mile"
. Produced with the Johannes Leonardo agency, the film details the story of a young boy whose major life events—from childhood to elderly age—are shaped and influenced by the presence of a Volkswagen Beetle. Fans of the classic bodied car may recognize details of past advertising campaigns as well as pop culture references such as cameos from Kevin Bacon’s character in Footloose and artist Andy Warhol. Set to a rendition of “Let it Be”, performed by the Pro Musica Youth Chorus serves as the soundtrack of the animation. The film ends with a not-so-subtle wink and nod to Volkswagen’s electrified future. 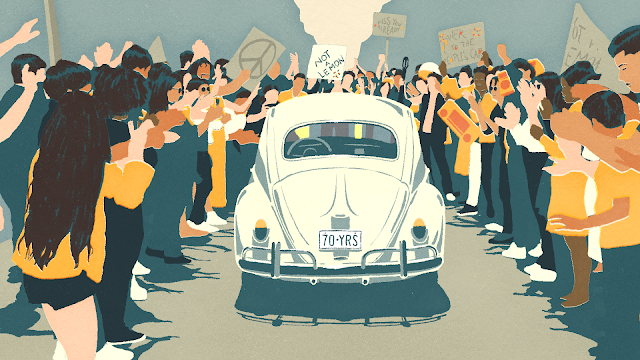 “The Beetle is easily one of the most recognizable cars in the history of automobiles,” said Saad Chehab, senior vice president, VW brand marketing. “Honoring it properly required a medium with just as much versatility and universal appeal as the car itself. While we chose the classic Beetle as the star of the animation, additional campaign components in Times Square honor the latter two generations of cars and their place and presence in American culture. We are proud of our past but our eye is on the future – hence our choice of New Year’s Eve to hint at our upcoming long-range EV and the 2020 Atlas Cross Sport.”

Complementing the film’s debut during New Year’s Eve festivities, Volkswagen will adorn New York City’s Times Square with a celebration of films, messages, and hints at its future brand design, including showcasing a more modern Volkswagen logo. Utilizing multiple billboards and digital spaces, the future of the brand’s Drive Bigger messaging and images of the 2020 Atlas Cross Sport will be on full display as the clock ticks down to the new year. A social media campaign, focusing largely on fan-sourced content, will also play out on @VW social media channels. 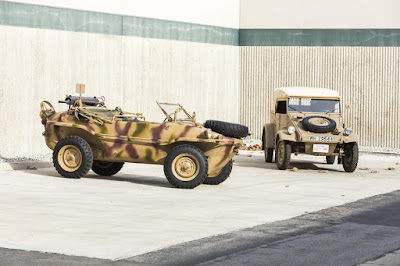